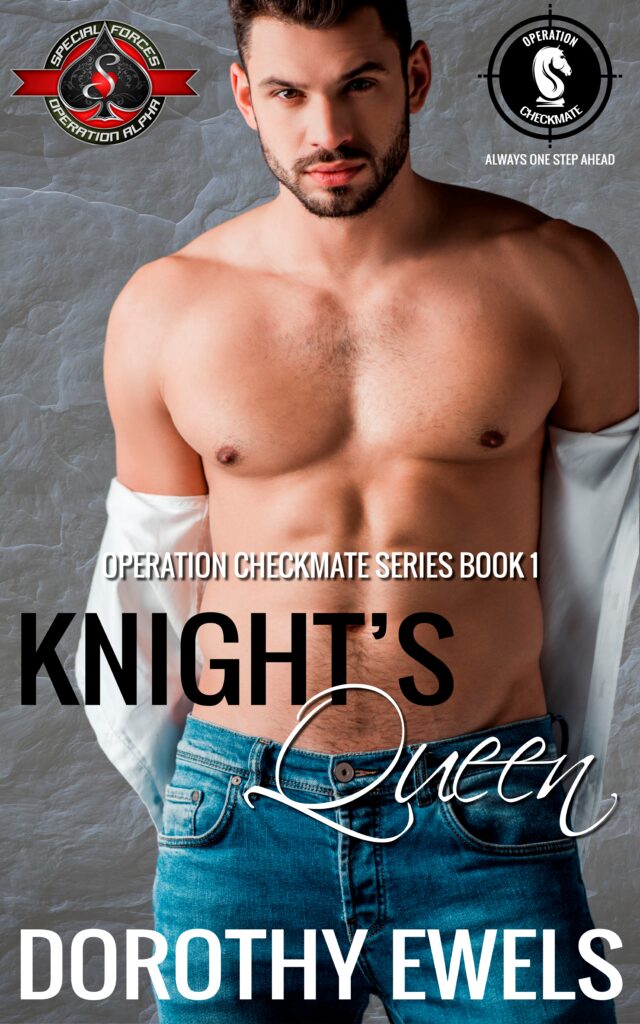 Part of the Operation Checkmate series:

Indigo Jones has a devastating secret, one that’s kept her isolated and alone for far too long.

Merrick “Knight” Kane is a Navy SEAL determined to succeed on the hardest mission he’s ever undertaken—earning Indigo’s trust.

When her past rears its ugly head, threatening to ruin the semblance of normality she’s managed to carve out for herself, Indie has to decide between trusting Knight or protecting him from the consequences of her youth.

Knight knows that despite her appearance, the woman who nursed him back to health is no angel, but the sadness hidden in her beautiful green eyes break his heart. Everything in him urges him to protect and keep her safe, even when she refuses his help.

Drawn to him in spite of herself, Indie finds herself fighting for more than just her life as she finds an unexpected happiness when Knight and his family of fellow SEALs welcome her into their inner circle. With the net closing in around her, Indigo must decide; will she let him in and trust him to be her Knight, or lose everything she never thought she’d have?

Happy Mother's Day to all our beautiful moms, gran

One of the BIG focusesesesese of Creative Writing

How much are you planning to read this year?